An Introduction to Moxa 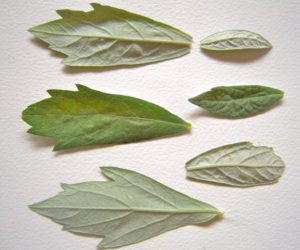 California mugwort, front and back 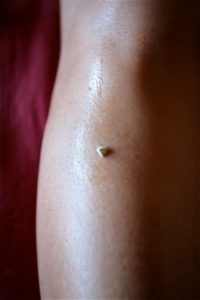 An Introduction to Moxa

“The present generation should hold in awe acupuncture and treatment with moxa, which cure the diseases of the body.” - Huang Ti Nei Ching, Yellow Emperor’s Classic of Internal Medicine

Moxibustion is defined as the application of heat, in this case burning mugwort wool, on or over an acupuncture point or an affected area to warm and move qi and blood and to affect yin and yang. Moxibustion is known as ai jung chiu in Chinese and mokusa in Japanese (Veith 72).  According to A New Edition of Materia Medica, "The moxa leaf is bitter and acrid, producing warmth when used in a small amount and great heat when used in a large amount. It is of pure yang nature having the ability to restore the primary yang from collapse.

It can open the twelve regular meridians, traveling through the three yin meridians to regulate qi and blood, expel cold and dampness, warm the uterus, stop bleeding, warm the spleen and stomach to remove stagnation, regulate menstruation and ease the fetus . . . when burned, it penetrates all the meridians, eliminating hundreds of diseases."

California Mugwort leaf can burn slowly and produce mild heat which can penetrate deeply into the muscles.  Some of the mugwort volatile oils (the oils that are present in the essential oil) in the smoke affect the body by entering it either through the skin and/or through breathing the fumes.

According to Chinese Acupuncture and Moxibustion, “The acrid odor of the leaf can travel through the meridians, regulate qi and blood, and expel cold from the meridians . . .”  Some practitioners believe the smokeless moxa sticks, intended to eliminate smoke, might actually remove part of the therapeutic action which involves getting moxa ingredients internally through smoke (i.e. volatile or essential oils).

The Chinese technique of applying moxibustion for an extended period of time (up to 30 minutes for a treatment session), assures that the patient inhales a substantial amount of the vapors and smoke.  However, it is important to remove these oils by baking the wool in the sun until they have all evaporated if wool is used for direct moxibustion.  Otherwise the wool burns too hot and fast and causes the patient pain. Direct moxa wool should burn slowly and less fiercely, as seen in the photo.